Technology is amazing. It has brought comfort into our lives, world, advancements in medicine, education, entertainment etc. Media has brainwashed us into believing that this ‘technology ‘is everything. Clever, deceitful marketing, controlled media along with fake news, has used ‘fear’ as a bait to trap and control the simple human mind. It has brought about ‘disconnection’ of human beings from themselves and others. As technology grows, let’s look at what has deteriorated, gotten depleted, and messed up.

What have we got more of with so much so-called lifesaving tech?

• Greed
• Hatred
• Selfishness
• Non tolerance
• No forgiveness
• Inflated ego and pride
• Emotionally weak kids and adults
• More substance abuse and alcohol abuse than ever (signs of weak people who think they are cool)
• Fear of missing out syndrome (loser attitudes of people with extremely low self-worth)
• Jealousy
• People not being happy for people
• Sickness and suffering
• Crime and greed crimes
• The rich frauds that affect the poor
• Empty, unfulfilled people

Is the problem technology? No, absolutely not. It’s the way media and clever marketing companies have brainwashed so called “intelligent humans” into believing that all you need is technology and nothing else. So, people with their herd mentality have followed this, slowly getting disconnected from themselves, from emotions like love, tolerance, respect, something that technology can never ever build.

It certainly worked for the greedy goal setting, but it resulted in loss of human touch, emotions etc and we are left with so much hatred, fear, sadness, anxiety, anger etc today. We need technology but we need humans to rise to the occasion of behaving like humans and respecting simplicity and the cycles and laws of nature. Have the best technology, but never ever forget the intelligence you have built in you, something that no scientist, doctor, nutritionist, healer, etc have yet figure.

Simplicity has always solved the most complicated problem, but humans have made the solution complicated.
I hope this time of shut down allows us to reflect on how beautiful our lives can be when we have a simple approach. The reason why people choose complication today is because in most cases someone else is doing their thinking for them. People are scared to make decisions. They need validation all the time. They have lost connection with their gut instinct. Their wisdom is blurred behind fear of failure etc.

I have come across people who are so scared of a simple approach because of their disbelief that something simple can actually solve such a complicated problem. It’s like their mindset is shattered and pulled in directions. They know the truth but they can’t accept it because it seems that simple can’t work. That’s how brainwashed and controlled most human minds are.

Everything is driven by creating fear, because humans are vulnerable. Their soft, weak minds in most cases can be moulded and controlled because they are disconnected with their own self. They no longer have a mind of their own.
Reconnect people. For that you need a simple approach. You won’t find your answer in downloading another app, googling more, scrolling Instagram, Twitter etc mindlessly. You will find your answer in reflection, silences, prayer, nature and a happy calm state. People make their lives, looks, etc more complicated and yet struggle to fit in, are insecure and unhappy.
Women and men of the past wouldn’t dye their hair as much as people do today to look beautiful etc. (I have no problem with that) and yet were happier and definitely had better sex lives than most couples today. Education was simpler and churned out people with values and discipline. What have we got today? Mostly emotionally weak, suicidal people who have no courage to embrace the difficulties of life and move on.

There is definitely something wrong. What’s scarier to me than the virus is – Humans loss in faith of simplicity. Their disbelief in the power of prayer, faith, nature and simple things. That’s scary. The more people spend time on news, fake media, social media, etc mindlessly, the more their minds are being controlled and moulded.

Break away! Look at nature, birds, animals. They have zero technology to help them yet they manage by respecting the laws of nature. Now, look at humans. With all the tech in the world, they are unhappy and stripped off freedom.
I love how most humans think they are free but in reality, they are prisoners of their own thoughts, emotions and fears.
Simplicity is the new cool. 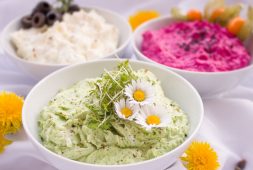 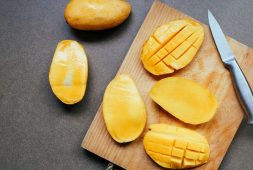 Why Should You Relish Seasonal Mangoes?