The Power of AUM 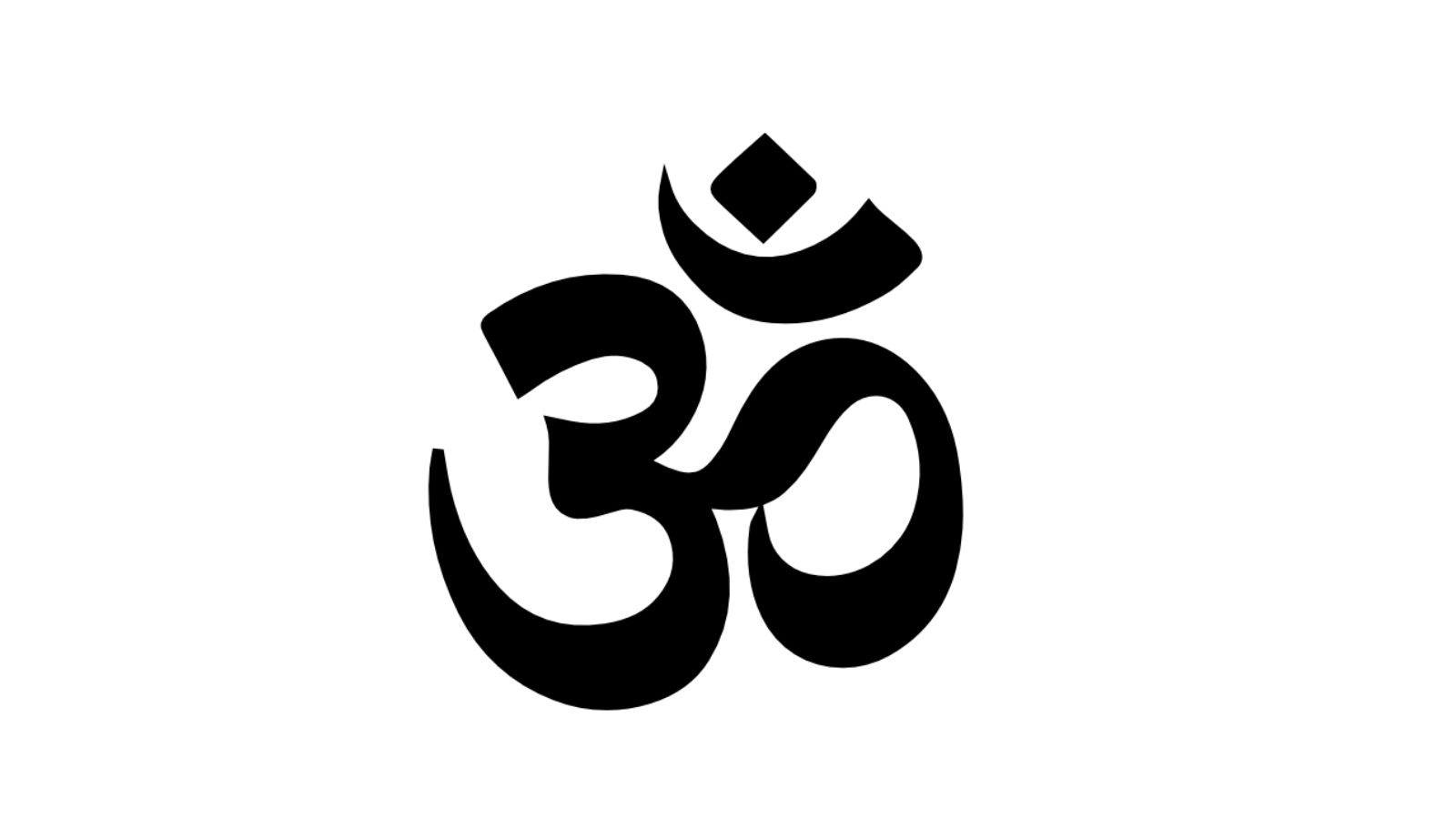 Indian scriptures mention the sacred syllable “AUM” as the primordial sound from which all other sounds and creations are said to have emerged. It is widely believed that Aum was the first sound emitted when the universe was created and as a symbol, it occupies a unique place in spirituality.
Aum (or as it is commonly also referred to as ‘Om’) is one of the fundamental symbols used in the yoga tradition.
It underlies all phonetic creations and seems to have the enigmatic sound of a gong that gently tapers to a point and merges with silence.
Meditation experts often insist that the spelling ‘Om’ be replaced with or corrected to its more phonetic ‘Aum’ because people tend to pronounce it differently and therefore lose out on the inherent benefit of perfect pronunciation.
What difference does it make? One might ask….
It’s not just different in the way it is written but the spelling defines how we pronounce it & the effect it has on us. Aum is a profoundly onomatopoeic word.
Om is basically a monosyllabic word whereas Aum is tri-syllabic, or with two and a half syllables depending on which reference you read as the last letter/syllable is a ‘half letter’, the understanding of which is not very commonly grasped by us.
Om is incorrectly pronounced exactly the way it is written, whereas AUM makes one pronounce as aaaaa-uuuuu-mmmmm.
In Sanskrit, ‘O’ is a diphthong sound. This means that it is formed by combining the two sounds ‘A’ and ‘U’
“A” represents the physical plane, the waking state.
“U” represents the mental and astral plane, the world of intelligent spirits and all the heavens.
“M” represents the whole deep-sleep state, which is unknown even in our wakeful state.
This concept has been well explained in various Indian scriptures.
The first sound in aum is ‘A’. A is produced in the back of the throat at the first mouth position.
When one chants “AAA”, one experiences vibrations around your navel & abdominal area.
It represents the great initial vibration or creative principle of the Universe.
The Second sound in aum is ‘U’. This is produced at the lips known as the fifth mouth position.
When one chants “UUU”, you experience the vibration in and around your chest cavity.
‘U’ represents the principle of growth & preservation
The last audible sound ‘M’ is produced by closing the lips & vibrating the sound upwards.
When one chants “MMM”, you experience the vibration in & around your throat.
All three sounds rise and fall together. Like a smooth wave of vibrations that take over one’s body, mind and soul.
What this may mean to imply is that what has a beginning will have a middle and must have an end. Only for then the cycle to continue over and over again, each time taking you on a journey deeper and deeper into yourself.
This is a universal principle for everything & every creature that exists.
All bodies must experience the process of beginning, middle & end.
Now, does AUM chanting have any impact on our body? YES! A great deal.

Here’s what it does –

1. Sound is Energy. Each sound consists of specific vibrations which pass through every cell of our body. A sound which creates powerful, positive vibrations such as AUM makes each atom of our body vibrate at the same frequency.
When ‘Aum Mantra’ is chanted in a group, its effect is amplified & this will produce immense positive vibrations in the area which charge up the entire surrounding. Hence it not only benefits that person chanting but also people nearby who can experience these vibrations.

3. The sound ‘uuu’ is created by the vocal cords which benefits the thyroid gland & the throat.

5. It helps to improve one’s voice by giving strength to the vocal cords & the muscles surrounding them.

6. Yoga teachings consider the syllable ‘aum’ to be the force behind all thoughts. Chanting loudly or as a whisper or even just thinking about ‘aum’ is anecdotally reported to foster a quiet, clear and sharp mental state.

7. It awakens our consciousness.

8. Aum mantra chanting’s effect on our nervous system
Regular practice has been shown to calm the mind. When the mind becomes calm, the body feels relaxed and negative thoughts are swept away. This heals the self from the inside out.
The brain feels less unstable and more controlled which not only helps to remove negative thoughts but also acts as a mood booster resulting in much reduced stress levels.

9. Effect on our heart
It has a cardiovascular benefit too! By relaxing our mind & body, in turn it stabilizes our blood pressure & the heart beats with a regular rhythm.

1. The autonomic nervous system and the respiratory variables were studied in 7 experienced meditators with meditation experience ranging from 5 to 20 years. Each subject was studied in two types of sessions – Meditation with a period of mental chanting of aum and Control Group who were issued with a series of non-targeted thinking.

The meditators showed a statistically significant reduction in the heart rate during meditation compared to the control group.During both sessions, there was a comparable increase in the ‘cutaneous peripheral vascular resistance’, which was interpreted as a sign of increased mental alertness even while being physiologically relaxed!

Subsequently, a comparison study as described above was done to study physiological effects. This study reported that when repetition of ‘aum’ was compared with the repetition of “one” in 12 meditators, there was a difference in the autonomic nervous system and respiratory variables’ responses. Both sessions resulted in a decrease in the heart and breath rates but the repetition of ‘aum’ alone reduced the skin resistance, suggesting a subtle change in the mental state, related to the significance of the pronunciation of the word. Hence, it was concluded that the mental repetition of ‘aum’ results in physiological alertness, increased sensitivity as well as synchronicity of certain bio-rhythms and an increased sensitivity to sensory transmission.

2. It was also noted that chanting ‘aum mantra’ improves concentration, gives peace and steadiness to our mind, reduces mental stress and clears all distracting, worldly thoughts. The participants who had never chanted ‘aum mantra’ were asked to chant it for a few minutes by the scientists and each of their chants were recorded. The time frequency analysis carried out exhibits irregular waveforms which indicated unsteadiness in the mind.
They were then asked to chant the mantra on a regular basis and the time frequency analysis was repeated and it was found that waveforms were improved with regular spacing, had almost perfect symmetry and harmony. The participants witnessed increased focus, concentration and steadiness in mind and found themselves to be at peace, with reduced mental stress.

3. The scientists conducted another pre and post-test analysis experiment in which they analysed Magnetic Resonance Imaging scans (MRI) for investigating the effect of chanting aum mantra in treating depression and epilepsy. The consistent chanting of aum mantra stimulates the parasympathetic system which results in relaxation response used in the treatment of depression and epilepsy. It was found that the chanting of aum on a regular basis restores the balance of the body at physical, mental, emotional and spiritual level.

It also helps develop intuition, enhance creativity, increase energy level in the body and improve performance at the workplace. It brings clarity to thought, increased self – awareness, greater ability to be associated with the world, selflessly serving others and being open to more positive thoughts.

By tremendously reducing stress levels, aum chanting aids the body in preventing and fighting off illness.

Please Note- We do not recommend aum chanting as a replacement for any medical treatment or medication.

How to go about it –
Aum Chanting helps us connect us with our true self through that ever elusive – Inner Silence.
Try chanting aum mantras & then remain still and you will feel a silent pulsation run within & outside your body. When we meditate and connect with our inner silence, our mind becomes quiet & our true, inner nature shines forth.
Chanting aum mantra on a regular basis will lead to greater happiness & positivity but only if it is done on a regular basis.
Mantras are not an overnight fix. They require discipline, commitment, focus and diligent practice before you start feeling, seeing and experiencing the amazing changes to your body & mind. 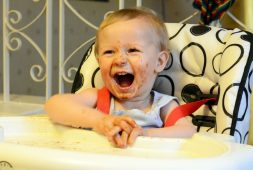 Laughter is, and will Always be One of the Best Forms of Medicine 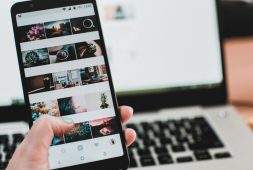 Things You Should Remember When You Are on Social Media 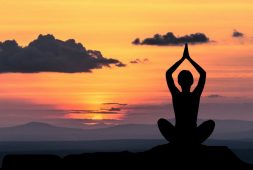 Why Should You be Practicing Surya Namaskars?